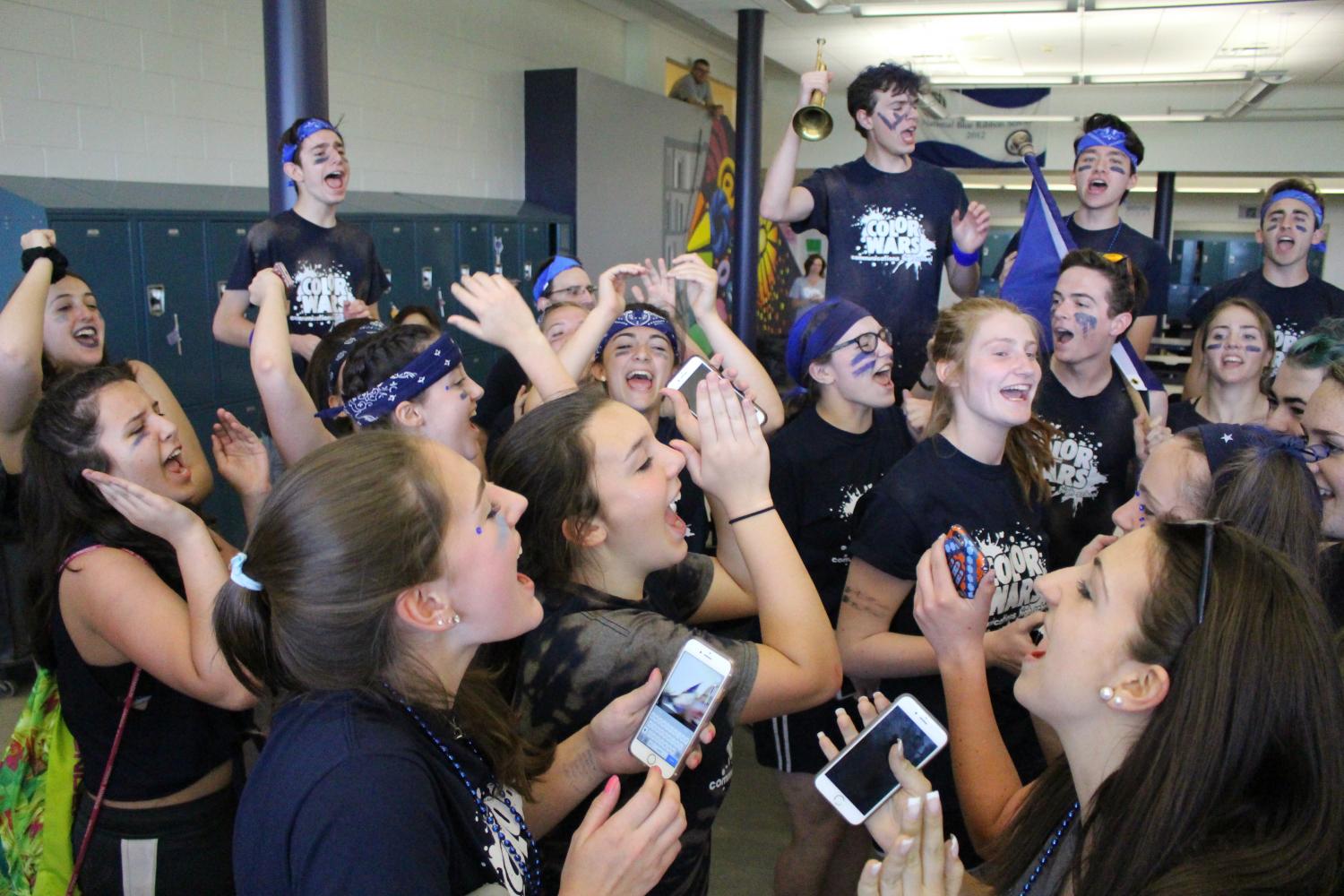 At the end of they day, the navy team came out on top.

The horn of a trumpet erupted through the cafeteria when SGA president Jackie Geller of Manalapan announced that the Navy Team won Color Wars 2017.

On Friday, June 2, CHS students dressed in colorful outfits, enjoyed a PSFA funded barbeque and battled it out at the annual CHS Color Wars.

Color Wars is an event students look forward to every year.

CHS students are divided into 10 teams to participate in school wide competitions.

Students attended first period until 9 a.m. before they split into team meetings to prepare for competitions.

Each student participated in one sporting and one non-sporting event.

Freshman Bella Matuch of Spring Lake said their favorite event of the day was limbo.

“I actually practiced for it,” Matuch said.

Another popular event was the teacher competition, which was flippy cup.

SGA implemented some changes to this year’s Color Wars.

“We changed trivia to a Kahoot because it was a lot more manageable and it made the scoring easier. Every year scoring is really hectic,” said Kat Holtz, a senior and SGA council member of Hazlet.

“We changed the teacher event too because we got complaints about doing silly stuff with the teachers,” Holtz said.

For lunch, the PSFA hosted a barbeque for students. Students enjoyed the hot dogs, hamburgers, snacks and desserts that were served.

“It was really nice of the PSFA to do that for us. The food was really good,” said sophomore Alex Herrmann of Brielle.

The joint effort of the SGA, PSFA and all CHS students contributed to another successful Color Wars.